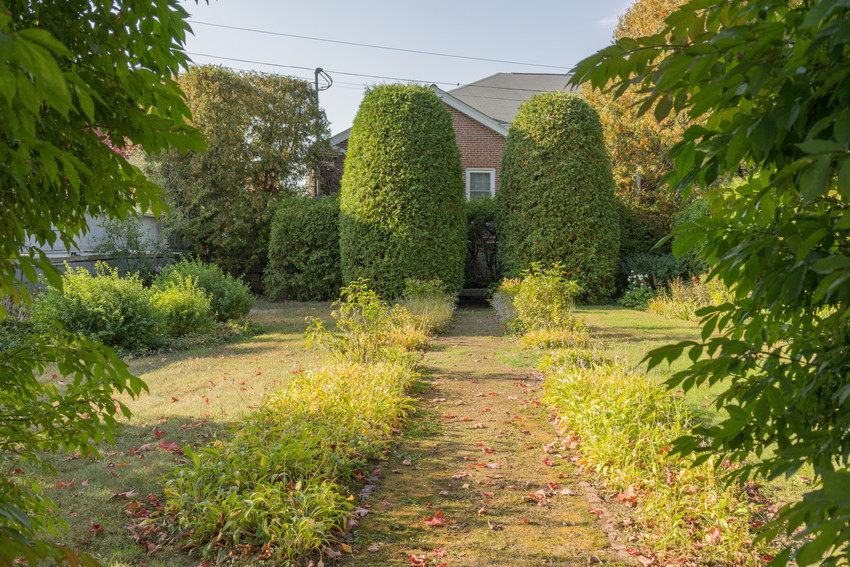 “… and as she looked down the wide garden-walk it seemed like the broad aisle
in church, and the congregation of plants and bushes all looked at her as if
she were in the pulpit.”
Sarah Orne Jewett (A Country Doctor, 1884)

Sarah Orne Jewett often mentions flowers in her published work, noting vibrant colors, textures, and delicacy of blooms. She evokes personality with flower varieties and creates metaphors for the human condition in plant life, from the white petunias in “Confessions of a Housebreaker,” to the protective tree in “A White Heron.”

Sarah and sister Mary were said to occasionally breakfast in the garden; Sarah liked the garden as a setting to be with friends and as a place of solitude. But she also knew the work of gardening. In a 1907 letter, she wrote, “things are coming right up in the garden. I won’t say that I can’t leave home when the old asparagus-bed is in its early prime, because you might think that quite low; but the poplars must also be trimmed where the ice-storm broke them in March…” and later, in the same letter, simply “the garden isn’t a matter of temperament, it is an old plot of ground where several generations have been trying to make good things grow.”

In 1993, former Historic New England landscape gardener Nancy Wetzel launched a revitalization of Jewett’s garden. She brought in heirloom plants with a focus on those Jewett mentioned in her writing.  She resourced Jewett texts for those that would be reintroduced. Wetzel planted display beds of the medicinal herbs Jewett wrote of in The Country of the Pointed Firs.

The photos in the below gallery were taken by Nancy Wetzel of her work in the Jewett garden.