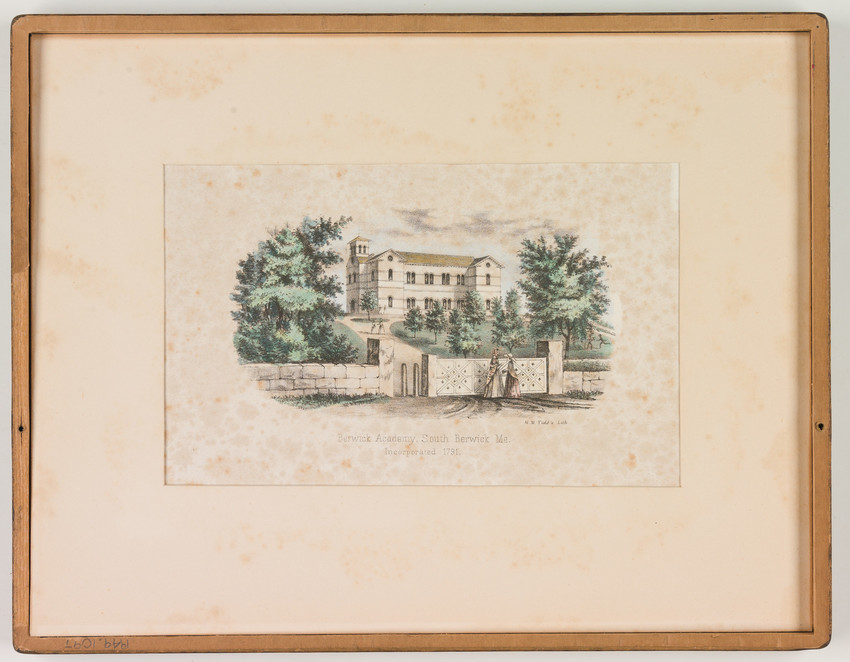 Jewett attended the Berwick Academy, a co-educational private school a short walk from her home, from 1861-65. Her father and uncles had attended the school, and though an indifferent student herself, Jewett supported the school throughout her life, bringing in her friend Sarah Wyman Whitman to design the interior of a new building erected in 1894. This print is from the Academy’s 1855 catalog.