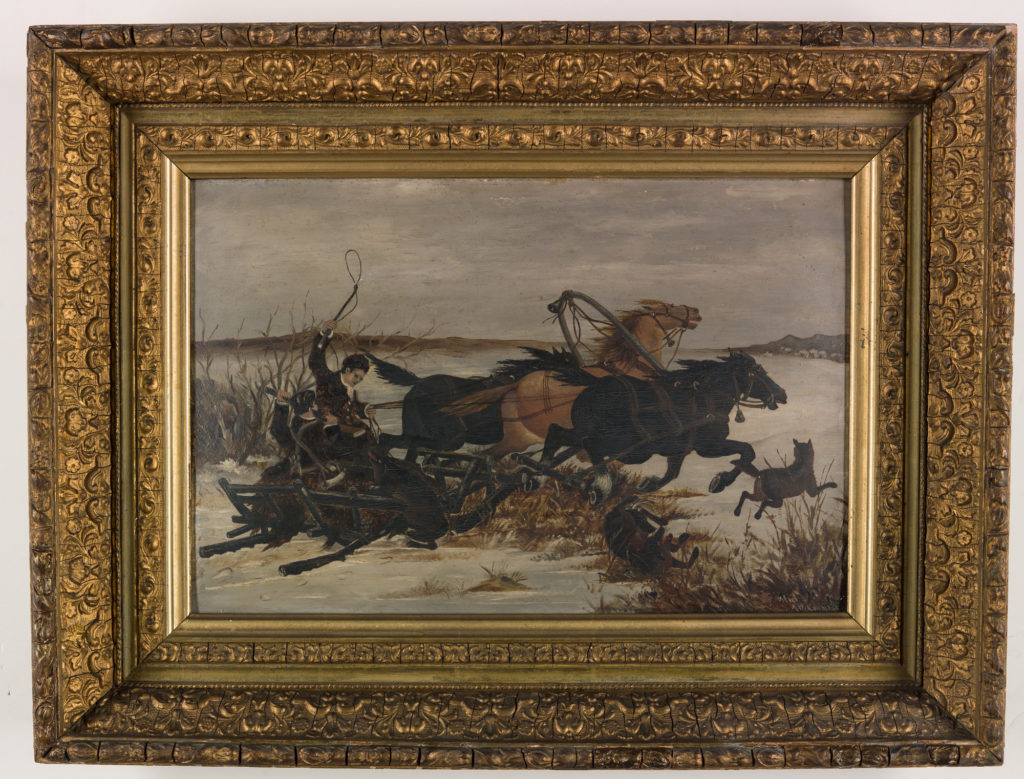 Although this painting, on view in the parlor of the Jewett House, is a late nineteenth-century copy showing an imagined scene in Poland, it’s a reminder that no less than cars are today, sleighs and carriages could be both exhilarating and dangerous.

Sarah wrote to Annie of her adventures with her nephew Teddy (often called Stubby by the family):

This morning I was out, taking a drive about town with John and I saw such a coast from way up the long hillside down to the tavern garden, and directly afterward down in the village I beheld Stubby faring along with his sled, which is about as large as a postage-stamp. So I borryed it, as you say, and was driven up to the top of the hill street and down I slid over that pound-cake frosting of a coast most splendid, and meekly went back to the village and returned the sled. Then an hour later in bursts Stubby, with shining morning face: “There were two fellows that said Aunt Sarah was the boss, she went down side-saddle over the hill just like the rest of the boys!”
– Letter to Annie Fields, December 4, 1885

However, fun and excitement turned to tragedy when Sarah was in a serious carriage accident in 1902 from which she never fully recovered. Two years later her sister Mary was also thrown from a carriage, although her injuries were less severe.