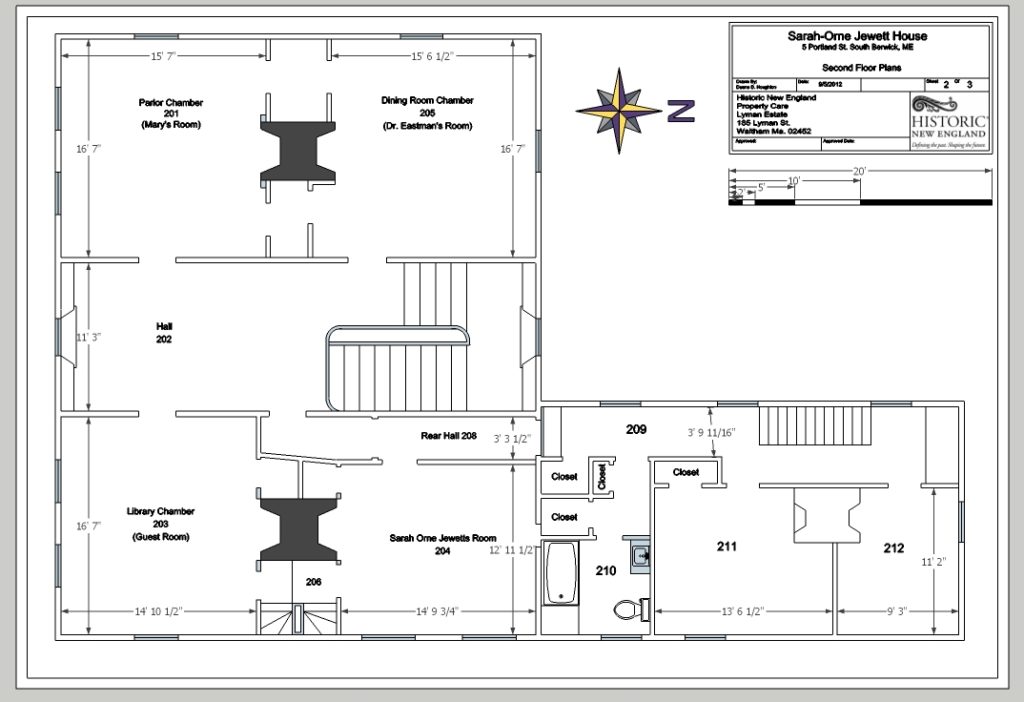 As seen in this modern floor plan, Sarah’s room would originally have been as large as the other three family chambers on the second floor.

To provide rooms for domestic staff, Sarah and Mary Rice Jewett added a second story to the first-floor kitchen ell. Previously, domestic staff quarters had been housed in the attic.

A hallway was needed provide staff access to the family rooms. For this hallway, they took space from the chamber that would be Sarah’s, reducing that room’s size.

It is interesting that Sarah chose this smaller back room for her own. It may have been that this public person, who had always needed time alone, preferred the private feeling of the room. Its northern exposure lends a peaceful quality to the space and may have appealed to “poor, tired Pin,” as she wrote of herself to Annie more than once.

The washrooms shown in the floor plan were later additions, though the house did acquire indoor plumbing in Sarah’s lifetime.