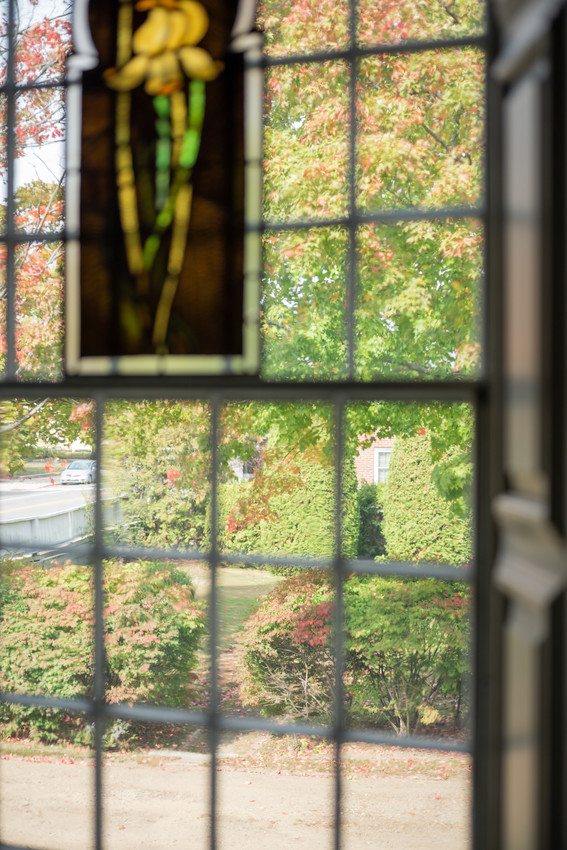 “…at the back one goes down a long, stoned walk, past the horse block for the carriage entrance, and through a gateway with quaint balls on the posts into a quiet great garden, with pear and apple trees. A long row of Lombardy poplars beyond that gives a French hint as one sees them across the broad flower beds and down the long alleys.” (Interview, Bangor Daily Commercial, 1901)

The gardens and grounds of the Jewett home in Sarah’s day would have incorporated both the work of living and its pleasures.

In the eighteenth century, when the house was built, people grew gardens to feed themselves, their families, and their animals; they grew medicinal herbs to heal their ailments.

By the mid-nineteenth century, with commercial produce markets, people were less reliant on food they grew themselves and began to add ornamental flowers to their gardens.

By the late nineteenth century, when Sarah and her sister Mary owned the house, ornamental flower gardens had become a popular hobby, creative outlet, and source of domestic pride, particularly for women. Cutting gardens supplied flowers for display inside the home.

The influence of the Arts and Crafts movement led flower gardeners to think of their plots as canvases and their choice of plants like pigments on artist’s palettes.

Sarah and Mary cultivated flowers in their broad-aisle garden. They also grew flowers such as roses, and lilacs in the yard.

In her letters, Sarah Orne Jewett often mentions the flowers she, her sister, and her friends grew. Flowers were sent to friends and received of them. Sarah and her partner Annie Fields made mention of flower gardens visited in their travels. In her published writing, Sarah’s allusions to flowers, whether as narrative description, simile, or metaphor, are innumerable.