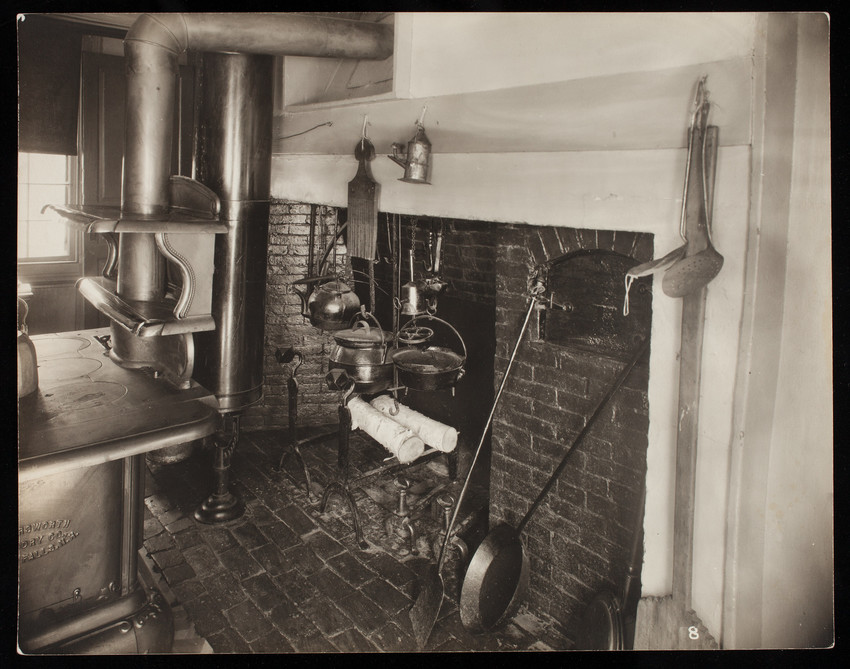 The original owner of Jewett House added a one story ell around 1800 to house the kitchen. While kitchen hearths were at the center of family life in early houses, by the beginning of the nineteenth century kitchens began to move into service spaces, whether or not the household included servants, separating meal preparation and laundry from more formal family life. 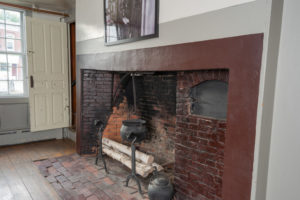 The original hearth survives intact although later in the nineteenth century a large cookstove was installed in front and hooked into the original kitchen chimney. Countless New England homeowners converted earlier hearths to use with a stove, many continuing to use these stoves well into the twentieth century.