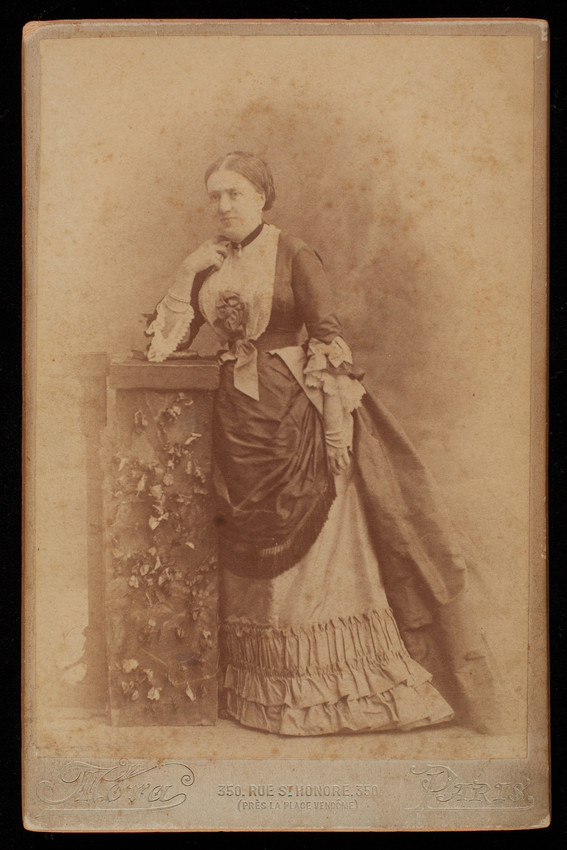 On their 1892 trip to Europe, Sarah and Annie visited Paris, where they met Madame Blanc—Marie Thérèse de Solms Blanc, pen name Thérèse Bentzon, a French writer and literary critic. Jewett and Madame Blanc had maintained a correspondence friendship since Blanc’s complimentary essay about A Country Doctor in Revue des Deux Mondes eight years earlier. According to Jewett biographer Paula Blanchard, in a continuation of their visit in a Barbizon cottage, Blanc shared with Jewett letters she had received from George Sand*. Jewett admired Sand’s writing and life of freedom and Sand had been influential in Blanc’s career. Blanc had started writing out of need, destitute after a divorce and mother to an infant son. She became successful, translating authors such as Mark Twain and introducing French readers to American authors including Twain, Henry James, Frances Hodgson Burnett, and Sarah Orne Jewett.

Madame Blanc visited Sarah at her home in South Berwick. She also visited the couple at Fields’ Boston and Manchester-by-the-Sea homes. Jewett and Fields visited Madame Blanc in her small village of La Ferté in 1898. On that visit, Jewett wrote separately to two friends that visiting Madame Blanc felt like being home.