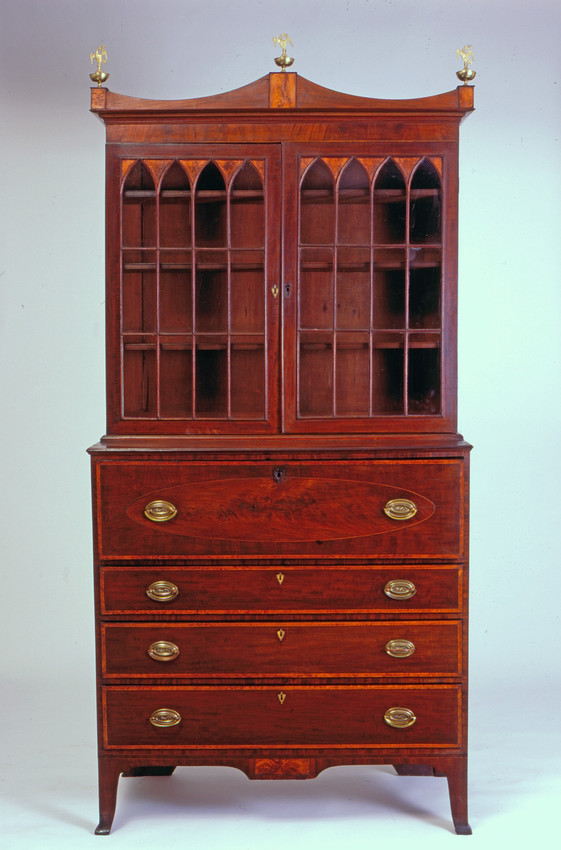 Aside from its importance as the desk at which Sarah Orne Jewett wrote her stories and novels, this is a particularly well-documented piece of furniture. When the bookcase is removed, the top of the lower case reveals a branded maker’s mark: “JOSEPH MURPHY.”  Murphy was a local cabinetmaker whose account book survives at the Portsmouth Athenaeum. In June 1829, he charged Jewett’s grandfather $60 for this “Large mahogany secretary.” The accounts suggest that in addition to building furniture, Murphy may also have built Jewett’s store in 1817, a few doors down from his own shop. Many years later, Sarah’s sister Mary recalled that Murphy “…was a cabinet maker of much skill, to which many pieces of old furniture to be found in our houses can attest…”