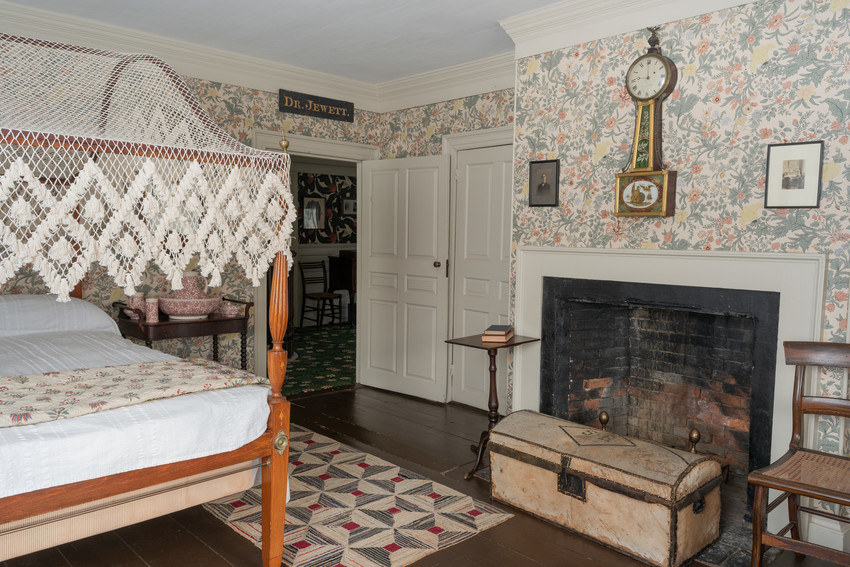 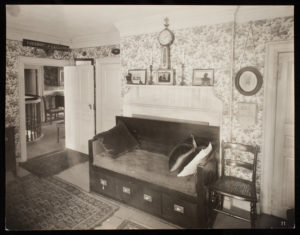 This comfortable bedroom was used by Sarah’s nephew Theodore Jewett Eastman, Teddy, when he stayed at the house.

The room was also used by the Jewett sisters’ mother, Caroline Perry Jewett, from 1887, when she moved into the house with the two elder Jewett sisters, until her death three years later.

“There were those of her neighbors who never had taken the trouble to furnish a best room, but Mrs. Blackett was one who knew the uses of a parlor.”

Described as delicate and gentle, Caroline Jewett seems to have been refined and from another era, “the woman behind the window,” who appears in Sarah’s stories. Sarah wrote often of her father’s influence on her writing and intellectual development. When asked what Sarah Orne Jewett was like, a former caretaker of the house replied that she was “a lady.” This was likely the influence of her mother.

In the same chapter cited above, Jewett’s character Almira Todd says of Mrs. Blackett, her mother, “… you never get over bein’ a child long ‘s you have a mother to go to.”