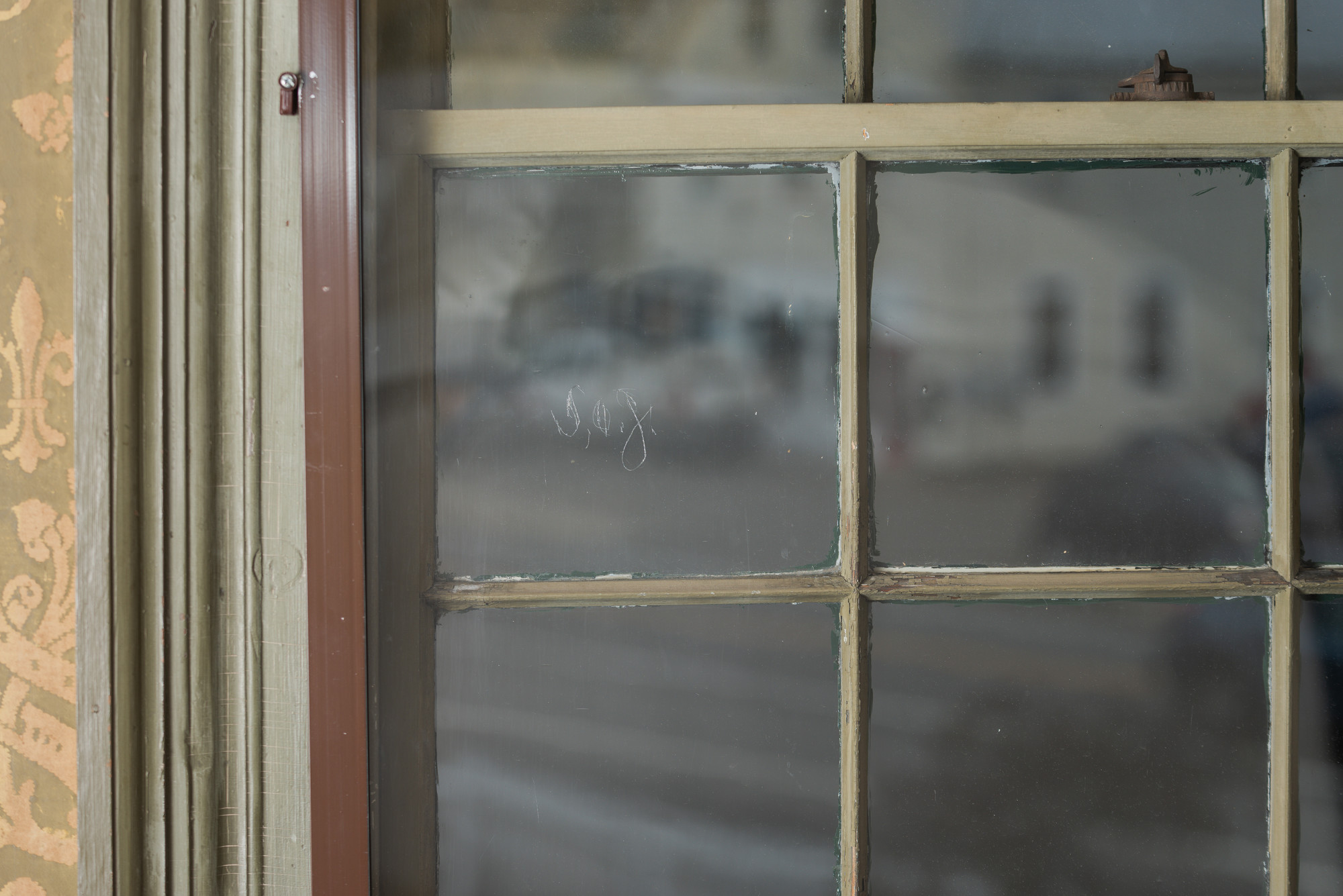 Sarah Orne Jewett (September 3, 1849-June 24, 1909) was born in her grandfather’s house and she said in an 1895 interview with The Philadelphia Press, “I wish to die there, with the lilacs still green and the chairs in their places.”

Sarah Orne Jewett etched her initials in two different windows on the family compound, first as a child, in the house in which she grew up, and later as an adult, having inherited her grandfather’s home.

As an emerging writer, Jewett was intentional about her monogram. The thought she gave to her signature indicates the resolve with which she established a strong self-identity and created a life of literal and artistic freedom for herself in Victorian New England.